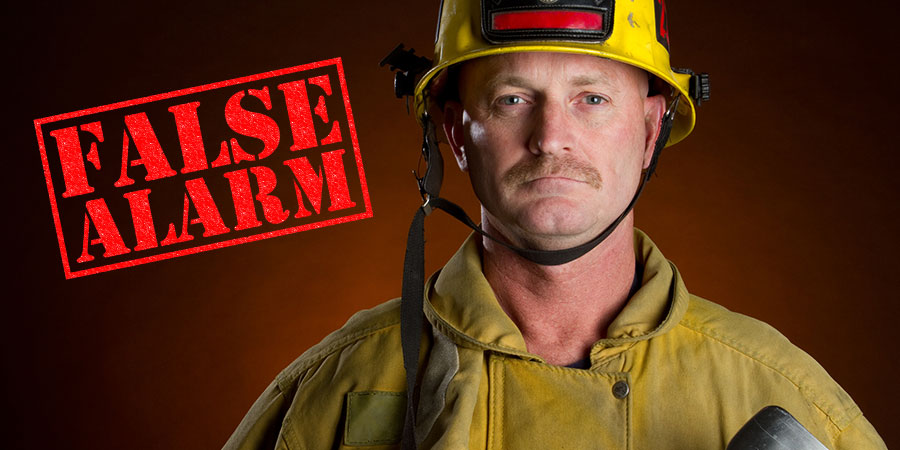 Follow Us
Latest posts by Bob Vezzani (see all)

Most of the time, fire alarms are somewhat out of sight and out mind, just waiting for a possible threat. At some point however, every building will encounter a false alarm. The alarm law defines a false alarm as any alarm signal that elicits emergency response and where there is no evidence of an actual emergency. While it seems like a small annoyance, false or nuisance alarms have a huge impact on both how we respond to alarms and how it burdens emergency services.

Think of how often you hear a car alarm. Pretty often, right? Out of any of the times you have heard one in recent memory, how many of them did you assume a car was being stolen? Probably few, if any. This is because we become fatigued by repeated alarms. Studies show that all it takes is three nuisance alarms a year to seriously impact the responsiveness of the building occupants. This is the point when we assume that every alarm is a false one and so delay any action. We are more likely to be annoyed with the disruption than fear it could be real. This leads to increased fire associated injury and deaths.

False alarms pose a huge problem for emergency services who have limited personnel and resources to respond to them. Simple mistakes lead to an overwhelming number of nuisance calls, pulling the services away from real alarms. Nationwide, fire departments responded to 2.5 million false alarms in 2014, almost twice the total number or reported fires and five times the number of structure fires.

We are more likely to be annoyed with the disruption than fear it could be real. This leads to increased fire associated injury and deaths.

Since instituting a fee for false alarms many cities, including Seattle, have seen a huge reduction in the number of false alarms. Seattle, for example, imposes a fee per false alarm to which emergency services arrives.

Why Do False Fire Alarms Happen and How Can They Be Prevented?

Many things contribute to false alarms, and many of them are preventable. Fire alarm systems are like any other piece of equipment and subject to aging, elements, misuse, and errors. Here are just a few of the most common causes of nuisance alarms:

The best way to prevent false alarms is to have the fire alarm system inspected and maintained regularly. This will ensure all of the components are clean and in working order. It is also important to update your system regularly. No fire alarm system will perform well indefinitely. Finally, minimize exposure to harmful elements whenever possible by using appropriate equipment such as exhaust fans or dust collectors, and ensuring fire alarm sensor equipment is properly positioned away from cold or heat returns.

Based in Seattle and serving all of Washington State, Guardian Security if family owned and has been serving the community for over 40 years. Guardian Security has the largest AES Wireless Radio network in Western Washington and can ensure your property is monitored and communicating to our UL listed central station with multiple communication methods.