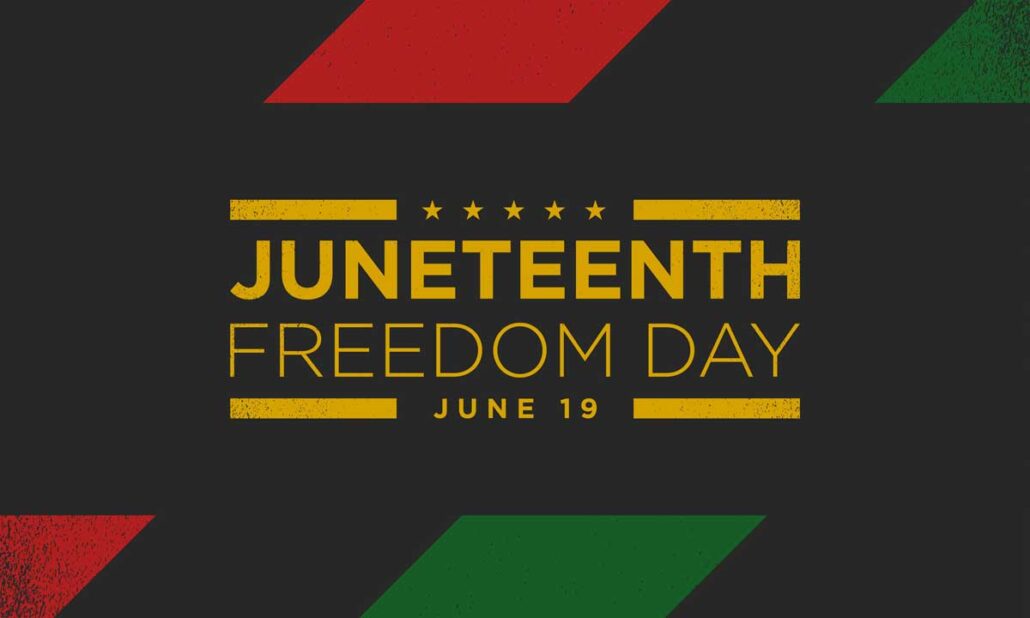 Juneteenth (short for “June Nineteenth”) marks an important day in American history: June 19, 1865. This is when Union troops arrived in Galveston, Texas to ensure the emancipation of all enslaved people. This week, President Biden signed legislation that made Juneteenth a national holiday. In honor of this exciting development, here is the essential information on Juneteenth.

The History of Juneteenth

The Emancipation Proclamation was signed in 1863, more than two years before Juneteenth. However, Texas and other states with a low Union presence were slow to comply with President Lincoln’s proclamation. Furthermore, some enslavers relocated to Texas because they perceived it to be a safe haven for slavery. As a result, about 250,000 people remained enslaved in Texas.

That ended on June 19, when General Gordon Granger issued General Order No. 3: “The people of Texas are informed that, in accordance with a proclamation from the Executive of the United States, all slaves are free.”

By December, slavery in America was formally abolished with the adoption of the 13th Amendment. This is why many historians regard Juneteenth as the day that slavery officially ended in the United States. By 1979, Texas became the first state to make Juneteenth an official holiday.

Now, Washington State has made some important changes to honor Juneteenth. On May 13, 2021, Governor Jay Inslee officially declared Juneteenth a state holiday in Washington.

Another way Washington State will now observe Juneteenth is by making June 19 a free admission day to all state parks, effective this year in 2021. On non-free days, visitors are required to display a $10 Discover Pass; now, June 19 joins National Public Lands Day (September 25) and Veterans Day (November 11) as free admission to all residents. Families who celebrate Juneteenth with outdoor gatherings can now do so for free in any state park.

To all who observe Juneteenth, we at Guardian Security wish you the happiest of celebrations this year. We are excited to join our fellow Washingtonians in honoring this important holiday.

For over 40 years, Guardian Security has been at the forefront of custom commercial security, fire, and communication systems integration in Washington State. Contact us today to learn more.